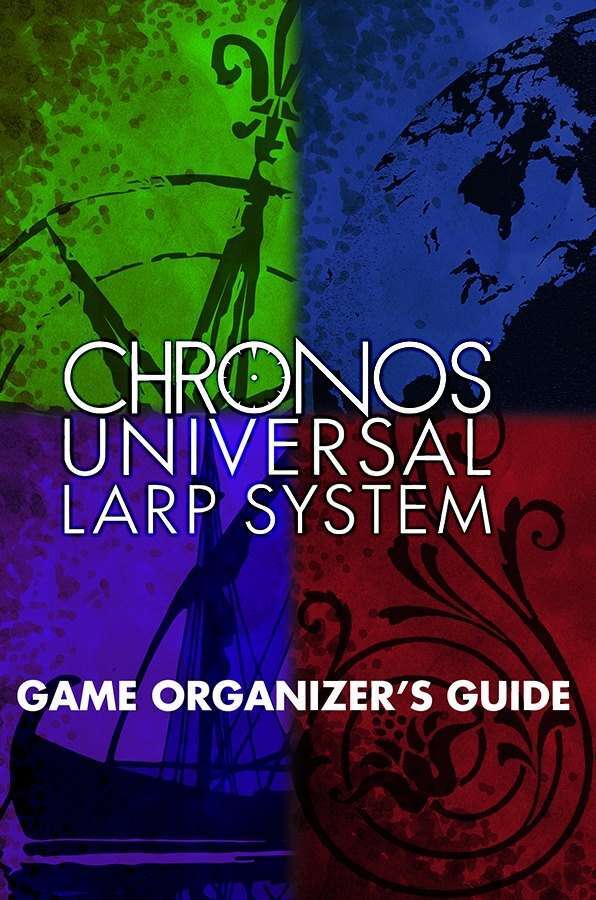 The system that every story teller and LARP organizer has been waiting for.

The CHRONOS Game Organizer’s Guide is the guide for using CHRONOS cards to make your game come to life. With guidelines on character development, world design, plot crafting, experience point scale, and NPC creation tools, this rule book handles all of the details that a game organizer or story teller needs. Providing tools for both short and long term play, the CHRONOS Game Organizer’s book offers direction and insight useful to both well established and first time Game Organizers.

With conflict resolution taking only seconds instead of hours, the ability to transition seamlessly between narrative table top play and theater LARP play, the versatility to run nearly any game world, plus the support of additional theme and world ‘Skein’ decks, the CHRONOS system is what gamers and game organizers have been waiting for.