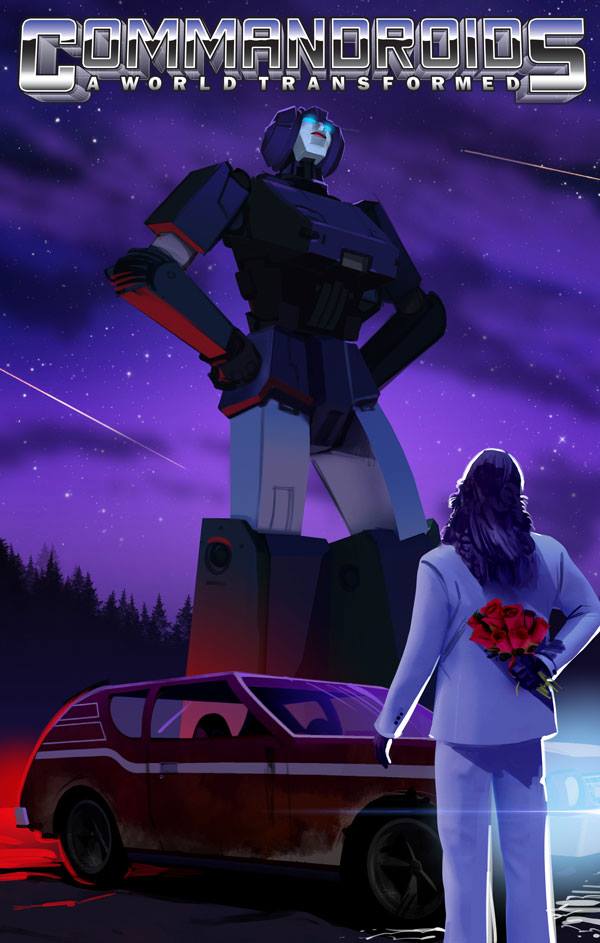 • Complete rules for creating both your Commandroid and their human pilot!
• Over 100 Altmodes, from helicopters to home appliances!
• A Complete Playset: Bullrush County, Florida home of the Scramble City Theme Park!
• Dozens of customizable chips, weapons and devices!
• A full complement of antagonists and NPCS including Nemesites, Holomatixx, and Kremzoids!
• Rules for the playing the awesome Shōgun Configuration, a devastating combiner robot your players form together!
• An interactive pdf and interactive character sheet for easy searching and playing!

Commandroids: A World Transformed comes with everything you see here; you help put it together! Some parts not for use with some sets.

Welcome to A WORLD TRANSFORMED!

Commandroids: A World Transformed is a tabletop role-playing game about giant, transforming robots in the 80s! This RPG puts you in control of your own transforming robot character, in the era that defined toy mythology for generations. You can pretend you are a heroic Symbitron battling the evil Nemesites in the shadows of Cold-War-era suburbia and the neon pop-culture glow of 1986. Halley’s Comet is coming through, music videos are on TV, the Soviets are in the news, and Alpha Columbia needs your help to to defeat the fanatic despot Omega Polaris! Will you be an agile jet fighter, a powerful truck, a sleek sports car, or perhaps something stranger?

For decades, the way we absorb comics, movies, and games have been influenced by the high-concept plastic-and-animation mythology of the 1980s. In 2019, Nerdy City will begin a journey through that mythology in a new series of games entitled RADICAL SHADOWS. These interconnected but stand-alone tabletop RPGs will use the Rememorex Omnisystem (and be fully compatible with the Rememorex book) but will include new rules for creating the wild characters of 80s pop culture.

The first game in the series, COMMANDROIDS: A WORLD TRANSFORMED will focus on the rich mythology of giant transforming robots. An ancient war from a machine world light years away comes to Earth in 1986 as the forces of the evil Nemesite Capacitors clash with the noble Symbitron Transistors. Both forces hide as normal machines on earth, but when bonded with a human pilot, they can transform into mighty robots to wage their shadow war on the streets and skies of our world. Through the power of the Sacred Subroutines, they can even combine into towering Configurations- massive robots played by all groups of players.

COMMANDROIDS: A WORLD TRANSFORMED wears its’ heritage on its’ sleeve and is a loving homage to stories like The Transformers, Voltron, and Robotech. This tabletop role-playing game places emphasis on the relationships and emotions of the robots themselves, while allowing all the fun of creating wild transforming robots based on almost any vehicle you can imagine!

Next on the docket, HOLOMATIXX: A NEW WAVE ORDER deals with the glamor and intrigue-filled world of holographic, high-fashion, New Wave rockstars. This haute couture RPG pries into the early days of MTV when punk, heavy metal, and hip hop are still young, and places it in a world of high-tech espionage. Owing to stories like Jem and The Holograms, Barbie and the Rockers, and Goldie Gold and Action Jack, HOLOMATIXX: A NEW WAVE ORDER is a Tabletop RPG that goes where few others have gone. 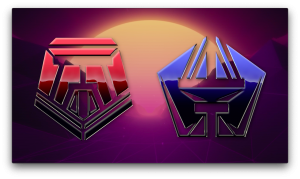 Further Games like MYRMIDONS OF MIDKERIA: A SECRET POWER, and RAINBOW RIDERS: SHOULD YOU NEED US:will explore such territory as high-tech space barbarians like He-Man, She-Ra, and Thundercats and Care Bears, Smurfs, and My Little Pony respectively. 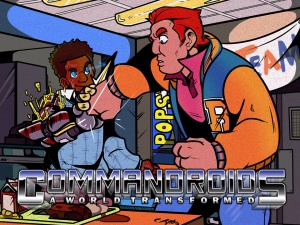 To introduce the RADICAL SHADOWS, Nerdy City is bringing the games on tour. You can play COMMANDROIDS: A WORLD TRANSFORMED at these events this summer.

Be the first to review “Commandroids” Cancel reply