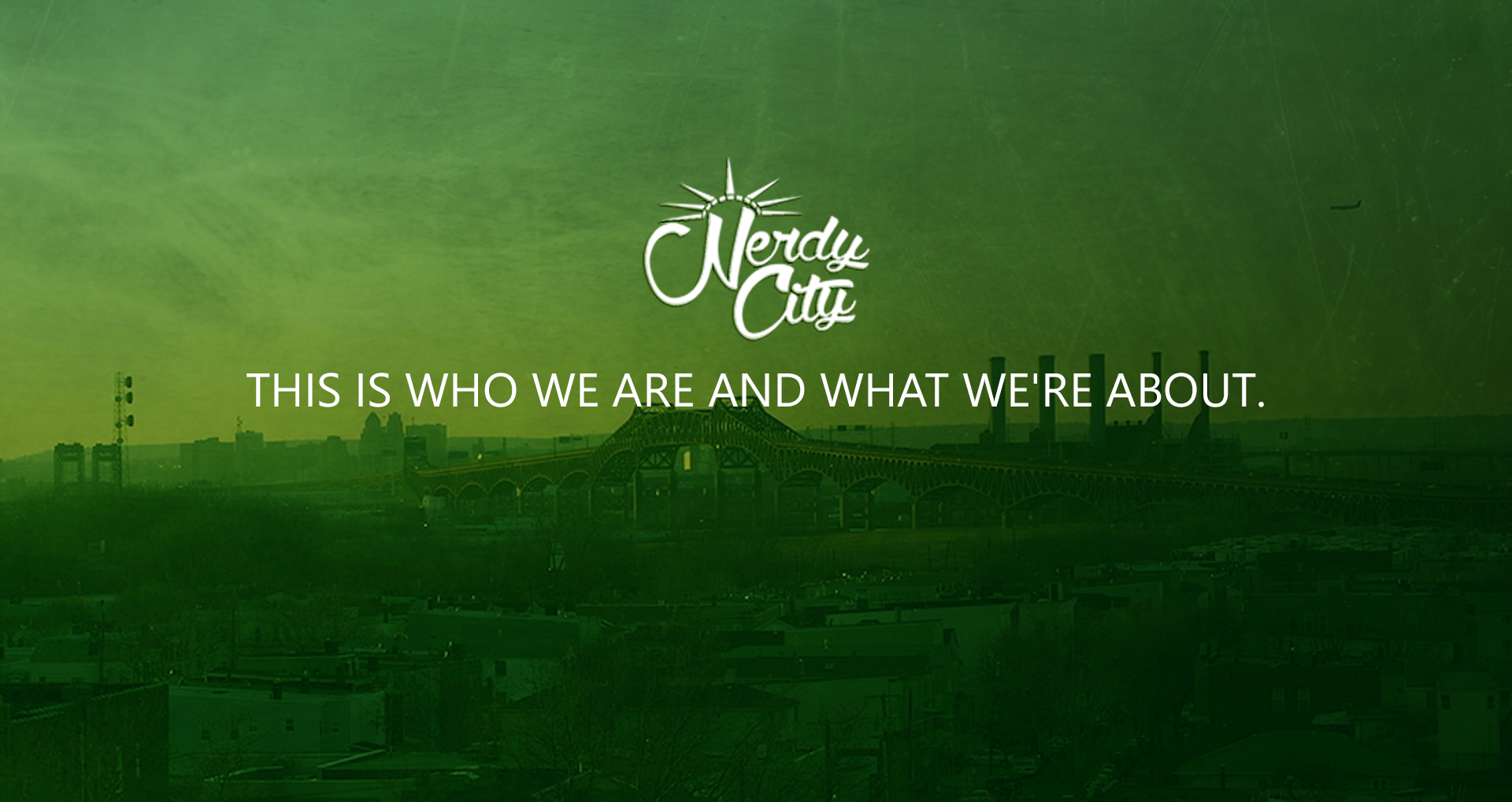 Although we here at Nerdy City maintain a collective forty-plus years in the game industry, we remain on the cutting edge of design and social offline gaming. We’re artists, writers, creators, LARPers, video gamers, and above all, designers. 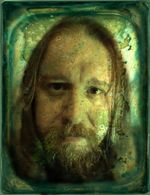 Sean
R.M. Sean Jaffe is a novelist, screenwriter and game designer, who has written for such various companies as Warner Brothers, Fringe Majority, Hendrick’s Gin, White Wolf, Vogster Entertainment, and Griptonite Games. His work has been featured in several games including White Wolf’s World of Darkness, Green Lantern: Rise of the Manhunters, CrimeCraft, Dystopia Rising, Chronos and most recently Commandroids. He lives in Jersey City with his wife and an affable if poorly-behaved dog. He maintains an un-ironic love of comics, games, heavy metal, and 80’s toys which is directly at odds with his fear and apprehension about pastel colors. 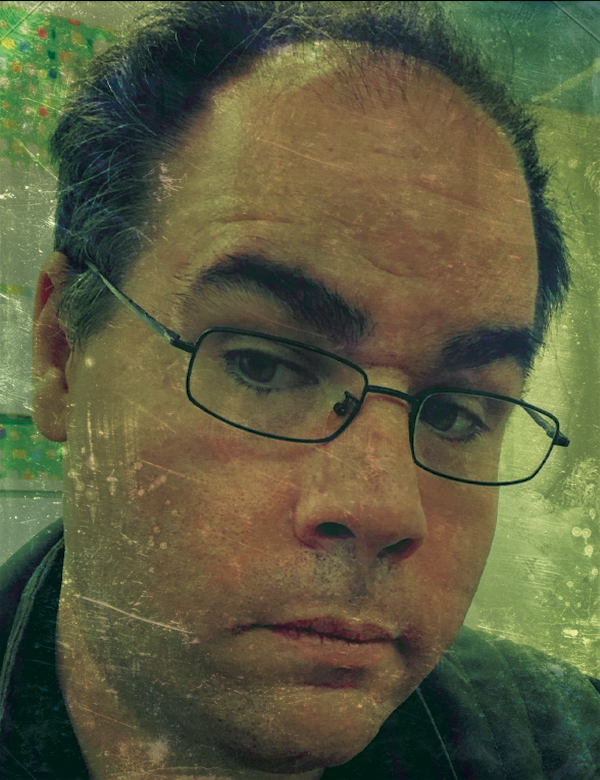 Craig
Craig Page is a Bronx-born, Jersey City based writer and game runner. He has written for such lines 7th Sea, Trinity: Abberrant, and Radical Shadows. He currently serves as Project Manager, Creative Contributor and Lead Developer of Nerdy City’s Myrmidons of Midkyria. When not writing, Craig teaches people how to fight with lightsabers. 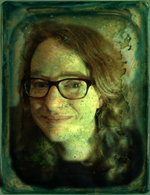 Megan
Megan, the Nerdy City CEO, is a costume builder for NYU and was one of the playtesters on (and inhabitants of) the original Chez Geek. Recently, she’s been keeping herself busy carefully making sure all of the books, novels, and games are up to her high standards. She’s an avid gamer and an expert at keeping things on track. She specializes, obviously, in costuming, although she has a gift for research and story as well.
She is awesome and tiny. 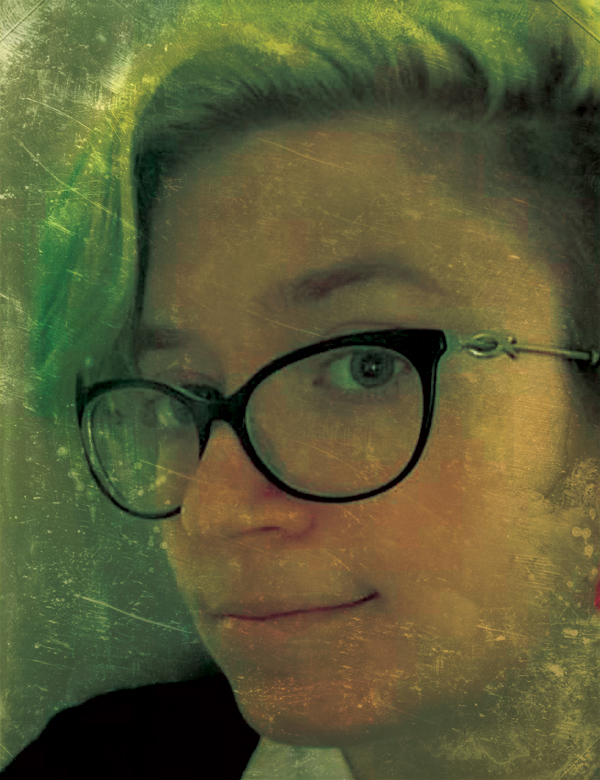 Casey
Casey Edison, Nerdy City’s Social Media Liaison and Podcasting Maven, is an eldritch being from deep in the suburbs of New Jersey. They have worked on such games as Commandroids, CHAINS!, and Under The Jellicle Moon. They also are an award-nominated podcaster on The Lucky Die, are the producer of Nerdy City’s own ReMemorex and Commandroids podcasts, and have guest starred on more tabletop podcasts than they can count. Their passion in gaming is to create mechanics out of things that should probably not be game mechanics, and to enable others to tell their own stories through the medium. When not neck-deep in streaming, podcasting, or writing tabletop they are probably reading up on weird history or buying more furbies on Etsy. 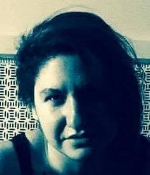 Gia
Gia Grillo is the Customer Service Sorceress and meme doyenne for Nerdy City. She is a writer living and working in the shadow of New York City. She spends most of her time staring into a tv showing terrible movies and drinking coffee which she then processes into a slurry of over-processed, twice-baked madness she calls poetry. 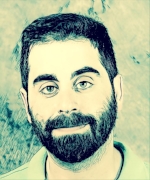 David
David Groveman is a novelist and improv comedian. While by day he manages to masquerade as a responsible adult-type person, but by night… he’s usually asleep by 10:00. David is a storyteller for Sacred Grounds Gaming, a member of Lunatic Fringe (New Jersey’s longest running improv comedy troupe), he’s a published author, blogger for Mets360.com and has had a series of plays produced in New York City. You can usually find him looking down his nose at the selection of bourbon behind the bar, speaking in silly voices or wrecking people at X-Wing. When David grows up he hopes to be taller than he is right now.